“Tal is the nicest guy ever!! I just feel so honored and thankful to have him on board with us. I remember meeting him the first time in L.A. – man I was really nervous – I have to admit! It turns out that he is the nicest guy ever, down to earth and really really supportive. And he’s got such an open heart and mind. Tal has worked with so many great artists, singers and musicians that it’s really hard to not get intimidated working with him and being around him 🙂

Can you imagine that I actually spent time in the same studio where Michael Jackson has worked on his world famous song “We Are The World”? Tal took over the studio some time ago and gave it a new name: Tal Bergman Studios / Los Angeles, USA. I got goosebumps all over spending time there in those magic rooms 🙂 I feel very blessed and honored that I was invited to come to L.A.”

On his list of big acts in the music scene are: Joe Bonamassa, Joe Zawinul, Billy Idol, Chaka Khan, B.B.King, Roger Daltrey, Simple Minds, Loreena McKennitt, Sammy Hagar, Eikichi Yazawa, Terence Trent D’Arby, Peter Cetera, Belinda Carlisle, A Tribe Called Quest and LL Cool J. to mention a few. He is also the associate producer and drummer on the multi-platinum and Grammy nominated album, “It Had To Be You, The Great American Songbook by Rod Stewart“. He also performs as bandleader, producer, and drummer of the jazz-funk supergroup Rock Candy Funk Party.

OUT OF THE BLUE
Previous Article 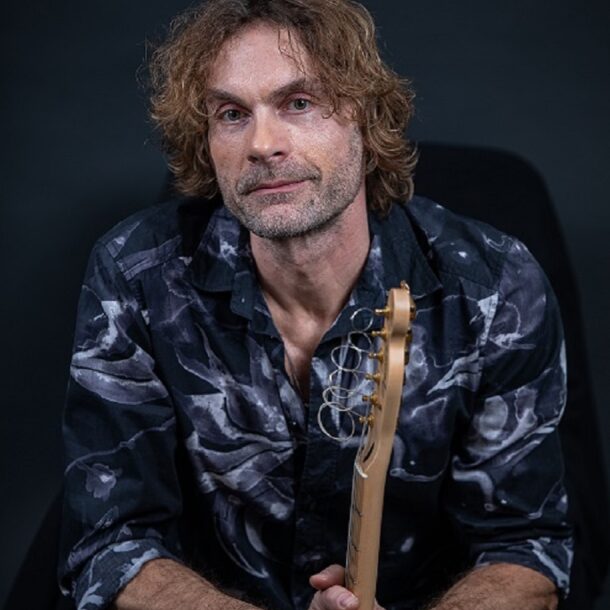