IVY GOLD Announces First Live Release “Live At The Jovel” Out On June 17, 2022

FIRST TOUR – FIRST LIVE RECORDING! After the phenomenal debut, the multicultural 5-piece bluesrock band is back with their first live recording!

Golden Ivy Records & IVY GOLD are thrilled to announce their very first live release “Live At The Jovel”. To make the “Six Dusty Winds” adventure complete, the band was getting all album musicians together on stage for a stunning DVD, Bluray & CD release –  and that’s only one year after the debut album!

The pandemic situation forced the band to stay at home instead of presenting the new album on the blues rock stages out there! But – out of the blue – the band managed to get 2 shows scheduled in late 2021 and grabbed the opportunity to record one show live. “Live At The Jovel” is now the result of a fly-in of Tal Bergman / drums from the US, Anders Olinder / keys from the UK, Kevin Moore / bass from Spain, Sebastian Eder / guitars and Manou from Germany. And it’s the result of 2 intense days of rehearsals and a raw & emotional live performance!

The release is scheduled for June 17, 2022 through Golden ivy Records / A1 Records, distributed by Broken Silence. 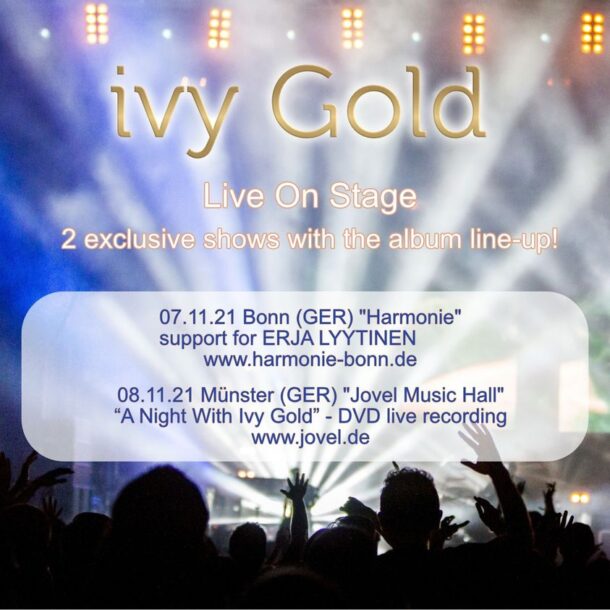