“Today I want to continue with my introduction of my great band and I’d like to draw your attention to Mr. Sebastian Eder on the guitar. Sebastian is the musical guru of the band and without his passion and dedication – I can’t imagine what I would do!!! Twelve years playing actively in the hard rock/heavy metal band Avalon, he is the big boss and works as the music manager, composer and producer for Ivy Gold.”

“Again it was “OUT OF THE BLUE” when I was introduced to Sebastian by one of the greatest and most successful songwriters in the rock circus – Jim Peterik – the composer & bandleader of SURVIVOR with their gigantic hit “Eye of the Tiger” from the Rocky movie. We had such a great connection right away that we kept in touch. Some time later we got back together and worked on a gospel project, acoustic concerts and studio jobs.

He is just such a versatile guitarist, compassionate artist and composer and I am filled with gratitude and honor to be able to work with him.” 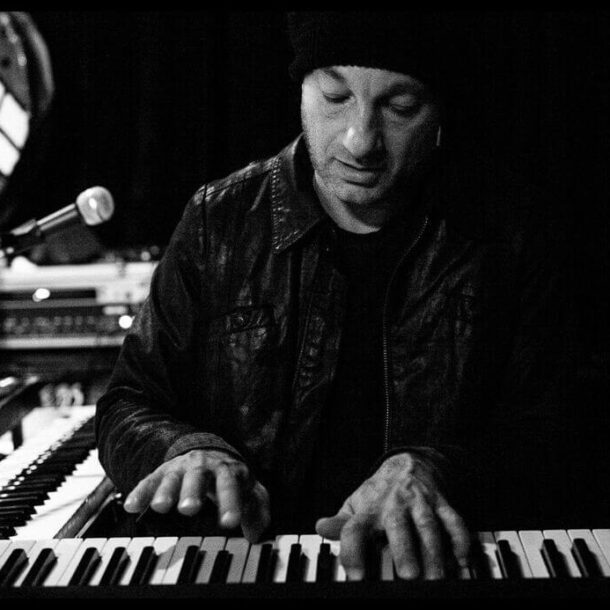